Visit SeaWorld®, the world’s best loved marine park in Orlando, Florida! Experience the mysterious land through the penguins’ eyes on Antarctica: Empire of the Penguin®; a first-of-its-kind family ride and penguin habitat. Be inspired by TurtleTrek®, featuring the world’s only 3D-360° experience that transports you into the amazing world of the turtle. Take a seat at the sensational shows including One Ocean® starring Shamu®, the killer whale.

Enjoy up-close animal encounters and take the plunge on the thrilling rides. Don’t miss Manta® and fly face-down through the sea and sky! Mako®, a 200-foot-tall hypercoaster that will reach speeds of up to 73 mph along 4,760-feet of steel track — nearly a mile long — leaving riders feeling both breathless and weightless.

These are official SeaWorld park tickets – there is nothing to redeem and you simply go straight through the gate on arrival.

Turn your holiday into a spectacular adventure by including Universal Orlando Resort™ – a “must do” for all Orlando-bound holiday-makers.

• In Universal Studios Florida™ you will be part of a real Motion Picture and Television Studios
• At Universal’s Islands of Adventure™ enjoy some of the world’s most thrilling Rides, Attractions and Shows
• Enjoy extreme fun as you and your family splash and swim at the new and exciting Universal’s Volcano Bay™ Water Theme Park

Tickets also include a selection of Universal CityWalk™ live entertainment venues – daytime and evening experiences not to be missed! 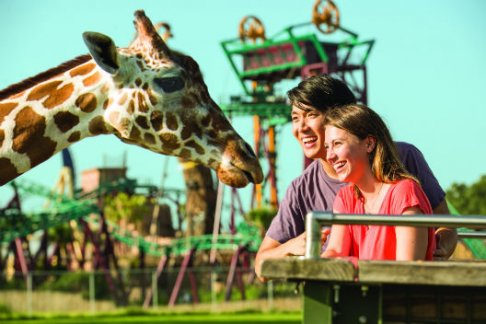 Discover Busch Gardens the extraordinary 335-acre adventure park! It brings together an unrivalled combination of incredible rides and amazing animals. Come and experience a new breed of speed on the ultimate launch coaster Cheetah Hunt®. Take a self-guided tour around one of the beautiful animal habitats including Jungala® which gives you the chance to come face-to-face with some of the world’s most endangered animals, Bengal tigers and orangutans.

Experience new heights like never before on Falcon’s Fury® which is the first drop tower of its kind in the world. Falcon’s Fury stands at 335-feet and takes you plunging 60 mph straight down. Don’t miss Cobra’s Curse. This one-of-a-kind family spin coaster takes riders on a whirlwind of family fun and an adventure of exciting explorations. After ascending on a vertical lift, just like an elevator, riders will come face-to-face with an 80-foot snake icon and trek over the park’s Serengeti Plain. 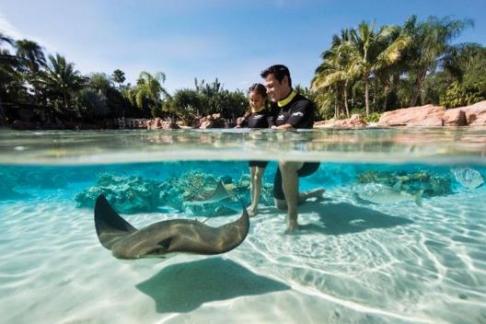 Welcome to this exquisite tropical island paradise. Set in the lush Floridian landscape and bursting with idyllic white beaches, dreamy rivers and secluded lagoons, Discovery Cove is a tropical paradise and the ultimate day out.

Discovery Cove gives you the unique opportunity to swim and play with a beautiful Atlantic bottlenose dolphin, and snorkel amongst colourful fish in the Grand Reef®. You can glide with rays and relax on white sand beaches.

It’s all about a day of wonderful discovery and a lifetime of memories. 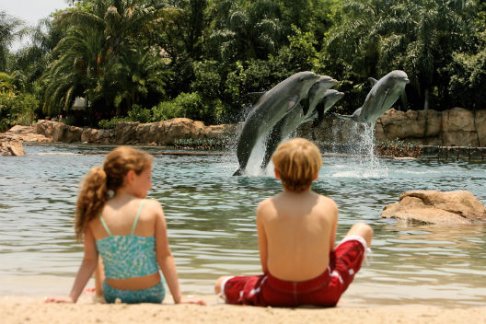